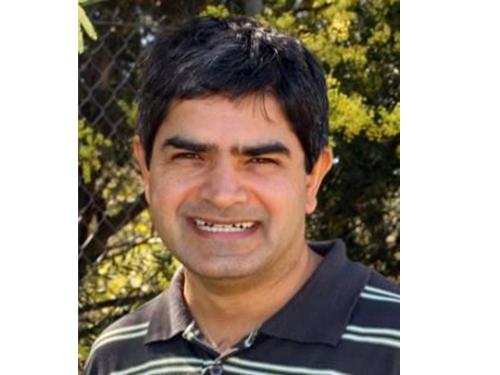 Research Interest
Originally trained as a veterinarian, Navneet is currently Senior Lecturer in Veterinary Biostatistics and Epidemiology, and Coordinator of Veterinary Public Health Management program research projects at the University of Sydney. He has been involved in the design and conduct of epidemiological studies since 1999 and has worked in a range of research areas, particularly risk factor investigation, disease surveillance, outbreak investigations and data analysis. Navneet was awarded the inaugural Chris Baldock Prize in 2007 for achieving the highest score in the membership examination of the Australian College of Veterinary Scientists (Epidemiology Chapter).

Navneet’s other research projects include epidemiological investigations into the 2007 equine influenza outbreak in Australia and he is also researching public and farmer perceptions of the 2009 pandemic influenza A/H1N1 outbreak.

Navneet helps Government, industry and public health agencies understand complex issues when serious biosecurity incursions occur and when the threat to the public and industry can be severe. In addition, Navneet provides epidemiological and statistical support to many other projects in the faculty such as control of nodaviral disease in tropical marine finfish hatcheries, and the Australian National Surveillance System for Animal Health. Navneet has developed many statistical tools for researchers. He has published a book, more than 40- peer-reviewed research articles, about 80 extension education articles and presented at numerous scientific conference, seminars and workshops.